Click here to find out more about our remote education provision At KMS our intention is to make the learning of languages an interesting and varied experience.

We aim to create, over the three years pupils are with us, a growing independence in learning a language, recognition and an understanding of the importance of other cultures in our modern world and the ability to transfer the skill of learning one language to the learning of others. In the global community in which we now live, languages have become increasingly important. The study of languages help us to understand the culture of others; language skills are sought after by employers and universities alike and many university courses require a language at GCSE as an entry point.

All classrooms have Interactive Whiteboards which are put to full use in the teaching of MFL. These allow the pupils chance to fully participate in lessons and enable the daily use of authentic materials from the web such as French Estate Agents sites and clips showing sports from French speaking nations in Africa which enhance the cultural understanding of the pupils. The majority of lessons in KS3 start with an online news clip, enabling the pupils to develop understanding of a wide range of vocabulary , whilst accepting that they can work out meaning, without understanding every word.

The need to guide pupils to become more independent in their learning has led us to subscribe to a number of programs which can be accessed by pupils from home. Linguascope allows pupils to develop their own language skills and vocabulary independently and we find that many of our pupils are interested in transferring the language skills acquired in French lessons at school to the initial stages of learning other languages. Some homeworks are set online using Doddle, which allows full differentiation of work for different groups. In addition, we encourage the purchase of a subscription to Mary Glasgow Magazines which offer traditional magazine based text and activities alongside web-based materials. The magazines are colourful, modern and aimed at the interests of young language learners. Magazines are available for KS3 pupils and your child’s French teacher is always willing to guide you towards the relevant magazine. Spanish and German magazines can also be ordered. Unfortunately suitable KS2 magazines do not seem to be available, so we have decided to offer the chance to buy French workbooks, which enable the pupils to practise in a fun way across a range of contexts.

Universities strongly favour young people who have language qualifications as these show communication and linguistic skills.  Languages also open the door to working abroad full time or for a gap year. In the long term, languages can help to obtain jobs in teaching and education, translating and interpreting, global businesses, hospitality and tourism, media and publishing and many others.

Pupils have one French lesson per week and the aim is to build upon the experience and enjoyment of language learning that pupils have encountered in their First Schools.

This term we focus on personal information, picking up on and developing language introduced in the First Schools. We cover talking about ourselves, ages, birthdays and pets. Much of the content is linked in with literacy skills, so that we think about how to make nouns plural in both French and English, how adjectives differ in where they are placed and how we can develop adding detail and interest to our sentences.

This term the focus is on life in school. We find out more about schools in France and the school timetable and consider how education in French speaking countries is different from our own. We learn to talk about likes, dislikes, and give opinions. There is a focus on developing sentence structures and beginning to use subordinate clauses.

This term we widen out the focus to enable pupils to talk about their hobbies and leisure time activities, using a range of verbs in the first person. They build on the sentence structures previously encountered and begin to develop short written paragraphs and brief conversations.

In Year 7 we move to 2 lessons per week in French. As pupils have become proficient in working in the first person in Y6, we immediately move into broadening the scope, first of all into third person and then gradually into all persons. The grammatical tools needed to become independent begin to be introduced at this stage.

Pupils start by beginning to talk about family and then about the home, picking up the skills they have learnt in the first person about likes and dislikes and transferring them to the 3rd person. They develop their understanding of adjectives and start to work out how to make them agree. Culturally, pupils encounter a French fable by La Fontaine and we watch animated versions of fables in French. Pupils learn to understand French handwriting and practise it themselves on French writing paper.

Pupils continue to develop their grammatical skills using the home, then healthy eating as the contexts. They learn to understand and negotiate a French Estate Agent’s website and consider how homes in different French speaking areas may differ. They talk about where they live and what the area has to offer. Regular verbs in the present tense are introduced. We learn the vocabulary for food and drink, working with Euros, which involves being confident with numbers to 100.

The focus in the units studied this term is on cultural differences and challenging stereotypes. There is a cultural introduction to pays francophones. Difference in lifestyles around the world are explored and from this comparatives are introduced (le/la moins…le/la plus…il/elle est plus). Pupils reinforce their understanding of the partitive article (du, de la, de l’, des), with sports . Pupils revisit er verbs and learn the present tense of the irregular verbs faire and aller. This gives the opportunity for the more able pupils to be able to extend their understanding into the simple future tense. Set phrases in the past tense and conditional tense are introduced.

Pupils continue to learn French for 2 hours per week. 2 classes are taught in adjoining classrooms, which gives us greater flexibility with groupings, which enables us to focus the learning to help pupils to make progress at their own speed. This gives us the opportunity to vary the structure of the learning to suit the cohort of pupils. The main aim of the course in Year 8 is to develop confidence and independence.

Pupils learn to understand and create longer passages of spoken and written French, revisiting regular and irregular verbs in the present tense and developing use of the future tense and of modal verbs . Pupils learn to make invitations, and accept or refuse those made by others.

Pupils continue to develop greater depth in their understanding and production of the language through the context of TV and film. Culturally pupils consider how French TV schedules resemble those of Britain, how English language films are watched in French cinemas and how current TV programmes such as the Great British Bake Off transfer to a French audience. The grammatical focus is on the use of the passe compose with avoir.

Pupils begin the term by beginning to pull together learning to start to control their own production of the language across all persons and through 3 tenses and to understand longer, more-complex spoken passages. The passe compose with etre is introduced through the context of travel and holidays.

For the Council of Europe “language learning is a key component of education for democratic citizenship.” One of the aims of language teaching is to “prepare people to live in a multicultural society and to deal with difference knowledgeably, sensibly, tolerantly and morally; it also strengthens social cohesion, mutual understanding and solidarity (Council of Europe 1999)

In lessons, pupils are given the opportunity to consider the consequences, advantages and disadvantages of cultural issues relating to MFL, how people relate to each other and how an understanding of other languages can be helpful in understanding the opinions and reasoning of others as well as how language can change perceptions, opinions and can cause reactions.

The rule of Law

Through general discussions and study of texts in the target language, pupils gain a better understanding of rules and laws in Britain and in France. The implementation of the school’s behaviour policy within lessons enables pupils to recognise right from wrong and to respect the need for rules for a society to function.

Freedom of speech: pupils are encouraged to give their opinions when comparing aspects of culture in French-speaking countries with that of their own experience. For example: in year 6, pupils learn about differences and similarities in school-life; in year 7, there is comparison of food and of sporting activities in the French-speaking world; in year 8, there is consideration of the role of media in the lives of young people. If and when the opportunity arises, discussions around current events in France help them to understand the consequences of radical and extremist views and the implications of such actions (eg les gilets jaunes). At all times, students are reminded of the expectation of respect for others.

As the various topics that we study centre mainly around our pupils’ lifestyles, personality, identity, aspirations and family, we have to establish from the beginning in the classroom an atmosphere of trust and respect for each other. We try to use resources from a wide range of sources to help pupils to understand different cultures across the world.

Pupils must be able to share information about their background, their beliefs, or simply their way of life, safe in the knowledge that their peers will accept and respect them for the way they are. Pupils are encouraged to recognise an individual’s strengths and to support their development. They are also encouraged to embrace diversity and to treat each other with respect inside and outside the classroom.

Tolerance of those of Different Faiths and Beliefs 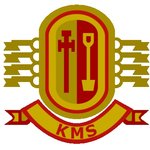 Welcome back (to some!)